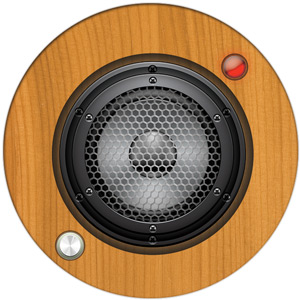 Some of the great features that can save your school, church or group thousands of dollars include:

School PA system will integrate easily with most existing installed PA Systems, or in smaller schools were an amplifier and speakers might be used.

All you need is an dedicated iOS device connected to a power source and a TRS connector (also referred to as an audio jack, phone jack, headphone plug).

While this app has been designed for specifically schools, there’s no reason why it couldn’t be used in churches, groups, universities, at sporting events or even as a point of sale marketing tool. Because the app is completely flexible and configurable, it could be used in almost any situation where an existing PA system is being used.

School PA System is user friendly and reliable. You can be confident that your bells or announcements will sound on time, all of the time.

The idea came to us via Alan Kerr, the Principal Kandos Public School(NSW, Australia – map). Alan noticed that existing systems were overpriced and had limited functionality – and – that in cases were a school had an existing speaker system (or an amplifier and installed speakers), an iPod could easily replace the functionality of the systems they were looking at that can fetch more than $8,000 per installation.

Alan’s email to INKids mentioned that he had ” found a system available through ***** Sound in Victoria that played music instead of bells but the price of around $9000 put us out of the picture.”

His other requests where that an app could could play music at specific times, as a school bells and that it could work on the spare channel in a present bell PA system. We went ahead and added some other features we thought would be useful.

NOTE: School PA System should not replace an emergency system in any school or organization. Please do not use this application in life threatening situations.

For support, feature requests and other feedback – please email support@inkids.org – we take pride in our software and we are continually working on and improving our suite of educational apps.